The modern age has brought many changes. From the change in style to change in life. The Internet has made the world much closer to us. Nowadays, everything is easily accessible online. For example, people who like sports can try sports betting online, people who like movies can try watching online streaming of the movies, and people who like to travel can now visit places on the Earth online as well. With the Internet, you can do anything and go anywhere. So, how can we visit the Earth online? Continue reading to find out! 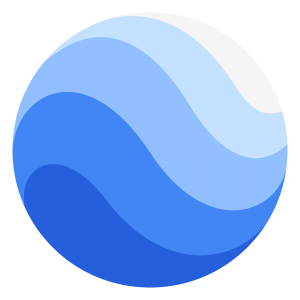 Google Earth is very easy to use. Users can visit places from various angles as if they were walking along the streets. With the help of a mouse or a keyboard, people can go anywhere they want to. They can type in the address they want to go to, the name of the city, click on it and visit it as if they were there.

What makes Google Earth even better is that this program is not for computer use only. It can be used on a smartphone or a tablet so that you can reach it anytime and anywhere. It is great for navigation. It offers many useful tools for the users. For example, you can view the night sky, and there is also a flight simulator game. However, users agree that the best tool is definitely Street View imagery. Street View is what enables us to walk along the street of any city we like to visit. Voyager is another Google Earth tool which gives us some virtual tours of the available places.

There are many advantages of Google Earth, however, there are some disadvantages as well. For example, one of the disadvantages is that it is a threat to privacy and national security. For that reason, in many countries, the governments banned the program, while others requested that military facilities and other important facilities are obscured in the images. 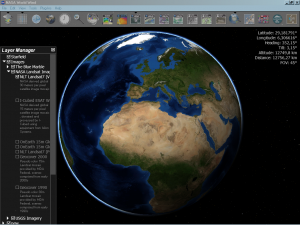 Even though Nasa World Wind is not as popular as Google Earth, it does not mean its popularity will not grow in the future.

Marble is another free alternative to Google Earth. It is a virtual globe which allows you to learn more about the Earth. It is not as popular as Google Earth, however, it contains a lot of useful tools. For example, you can zoom around the planet, explore places, roads and check out the given links. The app is connected to Wikipedia so that you can read more about the landmarks.